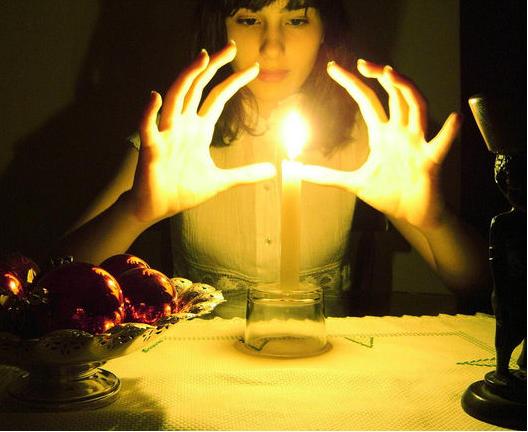 Encore! She cheers after another amazing trick is done,
And the magician is ever eager, to please the little one,
He turns his hat topsy, tossing and shaking it a while,
And slowly pulls out a wonder that makes the girl smile.

The hall begins to empty, “one last time” she pesters him,
And for the first time, in his eyes, tears begin to brim,
Down the years, many a child had come and gone,
But never such a one, like his heart had now won.

Such satisfaction in his craft, he had never before found,
Than by just watching this little one sitting spellbound,
Alas! The day came to an end, and she too got up, determined,
That one day, the secret of this enchanting magic, she would find.

She went around and asked everyone she could name,
But the answer they all gave, was invariably the same,
“Grow up little child, and you will know all there is, to know”,
Persistent though she was, she couldn’t bear an immediate ‘no’.

She counted not the days, for, like minutes they sped by,
She courted instead the knowledge, whenever it came by,
Helpless, the magician watched, as she slowly wrecked her dream,
Asking himself,why people were never satisfied living the dream.

The dream that she had so long come to lifelong cherish,
Was through her own will, own mind, beginning to perish,
For, the charm of magic, lies in the beauty of the unknown,
A fantasy, that disappears once its truth becomes known.

Because truth leaves on her such an indelible stain,
The very sight of it, can inflict on her a remorsive pain,
There will always be other kids, to charm and to entertain,
But, this one, will never be able to feel the magic again.

This one is another autobiographical one, with a little ‘gazebo’ kind of angle to it like most of the ones on ‘Mirror‘ have. It is the versified version of a story i cooked up to explain my concept of love during one of the long conversations with Nisha Ahuja. I was trying to explain to her the reason for the stand i have taken, as also the reason why the girl i love must never know it(not the stand, the point about the love).

To begin with, neither am i a magician, nor is she a little child. But the whole poem is a metaphor of the ‘need to know/right to know vs. the consequences of the knowledge’. The crux of the arguement was that if i loved a girl, she had the right to know, because it was upon her that the love was being showered upon, so obviously she deserved to know where the rain was falling from(maybe because she liked, maybe because she did not want to like it), right? Unfortunately, a little lunatic that i happen to be, i do not subscribe to that arguement, and so came up with the story of a magician, who’s charming a child with a trick.

The focal point between them both being the ‘magic’. The child, although wonderstruck by all the mumbo-jumbo of the trick wishes to know the secret of the trick, where the ‘power’ for the magic comes from, and maybe whether she too can perform it one day. And so she sets about obsessed with one day uncovering that little secret the magician carries, the power of charm that he wields over her. The magician of course wishes such a day never comes to pass, when this kid no longer is in awe of his magic. And so wishes day and night, that the child never grows up.

It was put to me, that such a thought on the behalf of the magician, was nothing but selfishness., pure and unadulterated SELFISHNESS. To show the kid the trick again and again, and tempt her with its stupefying disbelief and yet never want her get to the secret of the same. To create a desire in someone and nurture it personally, and wish for that desire to never be fulfilled, only because the magician can again and again further that undesirable desire, was what else if not selfishness.

I had only a few simple lines of arguement. A few lines that will initially sound so insanely impossible and so impractical that it will be immediately rejected, out of hand. But just allow it to simmer for a while in your mind, and also add to the simmering a fact that you are dealing with a wierd kind of relation, and maybe someday you too will be convinced of it. My point of view was that the magician was being selfish, all right. But he wasn’t being selfish for his sake, he was being selfish on behalf of the girl, a manifestation of the girl’s own selfishness without her will or thought for her own benefit!(i know it can seem kind of supreme idiocracy to call a person ‘selfish’ on behalf of someone else, but just hang on, and read the rest of it).

Lets assume the girl has now grown big, and has learnt that magic is nothing but a load of trash, and it involves mere ‘sleight of hand’ and is an insult to the rational intelligence of a mature human being. Being a twenty or thirty year old, have you ever gone to a magic-show and never felt that it was al one big fraud and only because you couldn’t stand up and shout what the fraud was, you were sitting down, and thinking to yourself what the angle to this trick was. Atleast i have never seen a single adult drool unashamedly with mouth agape at every simple little the magicina performs like the little children do.

So if this girl now no longer feels the magic(she may still ‘see’ it as magic, cause she cannot perform the trick herself, but she will no longer ‘believe’ it to be magic), who stands to lose? Let us put that question to both the parties involved, the magician and the girl. The magician first. There always were, there always are and there always will be little children for the magician, to show off his tricks, and take them to a world they never will again be a part of. There is no dearth of children, and there is no dearth of magic. The girl now. She will never again be able to see a magic show/trick without suspending her disbelief, and even if she did, she would never be able to do it, without regaining her disbelief. Such a suspension even when rare would only for the most astonishing of tricks, and never for simple ones(such a pity, that now in her life, magic is no longer just magic, it is now categorised into amazing tricks, bearable tricks[the ‘been there, seen that’ kind] and boring tricks).

To conclude in a line, for the magician there will always be others, for the girl there will be no more magic. It was that selfishness i was talking about. Borrowing somebody else’s selfishness and using it on them because they never know at the time that such lack of selfishness on their part(wishing to never grow so they can live in magic all their lives) would ultimately take away all the ‘magic’ that their life now has. Because, in order to understand magic, you have to first lose it. And it is such a loss you can never get it back in your life again. Innocence only stays until willed away, knowledge haunts till death.

So, anyway whatever you choose to make of it, woudl only like to say that, the whole story above was only one part of the actual reason for this poem. Only one half ofthe poem deals with that aspect, the other part of it, through various randomly arranged lines, deals with my schizophrenic nature of living in a “Neverland” and having these “Peter Pan”ish ideas of a life that is never short of surprises and magical ones at that, where angels are no longer fictional sketches of a hallucinating mind but are characters i wish i could talk to and maybe even fly with, and when i can simply chase butterfiles down lush green fields that span upto eternity and so on and on and on.

Guess its time i stopped here. Its becoming more and more like prose blog, specially with WordPress giving such a small textbox that i can’t see how long i have rambled on. So that’s it for now. Wish i could tell the whole story about that side of me, but maybe more pieces of it with another poem(another Mirror one to be precise).